Author Patricia Albers reflects on the great abstract–expressionist, Joan Mitchell’s work—and the role of the artist’s synesthesia— Mitchell lived at a time when little was known about the perception. 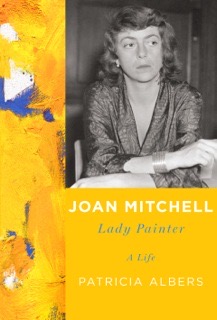 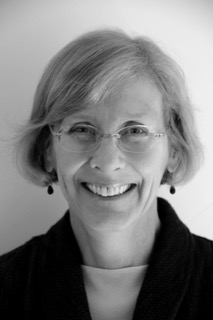 PLD:-How did you first learn of Joan Mitchell’s synesthesia and explore it as an element in her painting?

PA: Early in my research for my biography of Joan Mitchell, I spent a few days with her niece, Sally Perry. As Sally and I were going through some files, she pulled out a clipping from the Wall Street Journal. It was an overview of synesthesia titled, “Why George Gershwin May Have Called It ‘Rhapsody in Blue’. “That’s what Joan had,” Sally told me.

I’d never heard of synesthesia. So my learning curve was steep. Over the next few years, I did a lot of reading, attended several conferences, spoke with synesthetes, and interviewed Mitchell’s friends and colleagues. Some of them told me about conversations they’d had with her about her perceptual differences. Mitchell had several types of synesthesia, including grapheme-color synesthesia. I discovered that she even did a chart to show the colors of her letters although she said it was flawed because the crayons she used were incapable of conveying how certain letters were dissolving a bit as if they were in water.

Meanwhile, I was studying her paintings and thinking about the role her synesthesia could have played in creating this one or that. Sometimes she dropped clues about her approach to individual works. Often I could only wonder.

PLD: In a sense, the artist Joan Mitchell lived during the “dark ages” RE: knowledge of synesthesia. As you point out in your book, the 1950s were a time when the scientific study of synesthesia had gone out of fashion. The rise of behaviorism in the field of psychology brought the idea that only observable behaviors could be studied by psychologists. Subjective reports of experiences were discounted. Having no one to consult with about her perceptions often made Joan Mitchell feel, as she said “like a nutcase”, “like a “stranger in the world”. She felt no one could relate to her synesthetic perception–calling it her “secret magic”. It seems she often connected her unusual perceptions with still more reasons her parents might reject her. Do you feel that such negative feelings about and mistrust of her own perceptions—slowed her development as an artist?

PA: They certainly complicated her early life and development as an artist, but Mitchell was so determined – she wasn’t about to let anything slow her down.

PLD: Your book points to Mitchell’s 1954 “painting, “Hudson River Dayline” as a “breakthrough painting” for her, as there is a sense of her giving free reign to her synesthesia in the work. With the creation of “Hudson River Dayline”, Mitchell had, as you write in your book, “decanted her atypical modes of perception—[what she
called] “that secret magic”– that other people don’t understand—into her painting. What do you suppose led to Mitchell’s greater acceptance of her anomalous perceptions and their role in her art at this time in her life?

PA: Not long after Mitchell arrived in New York in 1949, her painting won some acclaim. Another artist may have coasted along on that for a while. But Mitchell was wary of her own competence. She accused herself of repetition and cliché. To give free reign, or not, to color was a particular problem. At the time, she was relying heavily on soft grayed hues.

By the summer of 1954, Mitchell found herself in an artistic crisis. Her personal life was also in disarray. She was drinking heavily. She had become very dependent on a psychotherapist, who helped her stay on an even keel. However, like nearly all mental health professionals in the 1950s, the psychotherapist knew nothing about synesthesia. She told Mitchell she had defective ego boundaries.

All these problems finally collided that summer. Mitchell attempted suicide with an overdose of the stimulant Dexedrine. In the aftermath, she processed all that had happened. Her art changed. She let herself be the colorist she was. On other ways too, her paintings really became “Mitchells” when she embraced her full perceptual experience.

PLD: A neuroscientist once told me that he didn’t see synesthete-painters as “talented”. In his view, they were merely “transcribing” their synesthetic perceptions to their paintings – rather than using their imaginations to create their art. I remember trying to explain to him that – although an artist’s way of perceiving necessarily plays a central role in the work – the artist’s ability to execute the vision depends on artistic skill, training, and imagination. Unfortunately, I felt my words were falling on deaf ears and he was not convinced.

Do you think this same misapprehension of the role of an artist’s synesthesia in the artistic process – might even exist among some in the art world – who view the synesthete-artist’s own imagination and artistic skill as having a diminished role in the creations?

PA: I don’t know to what extent this attitude exists in the art world. But I can understand how a casual observer might assume that a synesthete-artist is just illustrating her perceptions. In the case of Joan Mitchell, for one, nothing could be further from the truth. That’s evident to anyone who looks carefully at her art. Mitchell does use her synesthesia as a tool. But does so much else. She uses white space in ways that make her colors and forms feel intensely alive. She takes full advantage of all what oil paint is materially capable of. She also draws on her deep knowledge of art history to make subtle visual references to the art of Monet, Van Gogh, Mondrian, and Matisse. She reveals her close observation of nature, not to copy but to convey the feeling of, say, dying sunflowers or leaves on a ginkgo tree. So there’s lots going on there besides synesthesia!

PLD: Reading your book—also brought me back to the days when there was so little general knowledge about synesthesia. If synesthetes talked about “hearing” colored words or colored numbers, this would cause many to view them as lunatics or liars. The scientific study of synesthesia resumed and was reported in the 1990s—and we learned that synesthetic perception was a real phenomenon out there in the world. Not only did these studies show that many more people (than was initially thought) experience such perceptions— but also brought into greater focus synesthesia’s long and respected history in the arts and sciences. Once synesthetes were able to connect their own perceptions to the recognized terrain of human experience—their perspective on their experiences changed.

Joan Mitchell passed away in 1992. Had she lived during a period of greater knowledge of synesthetic perception—and of synesthetes finding “communities”—how might that have affected her?

PA: Mitchell spent the last years of her life in a village outside Paris. During that time, her health problems, her distance from her own country, and the deaths of people close to her all contributed to feelings of isolation. But judging from comments she made to her friends, she didn’t dwell on her perceptual differences. Her synesthesia still puzzled her but no longer troubled her. At least not too much. It was just how things were. She liked that part of herself.

Mitchell was intellectually curious, and I do think she would have been interested in knowing about scientific investigations of synesthesia. But she was never a joiner. Her synesthetic community took the form of her involvement with artists like van Gogh and Kandinsky who may have been synesthetes, and writers like Rilke whose poetry seemed to attest to the rightness of her mode of perception.

PLD: Is there anything else you would like to emphasize about the life and art of Joan Mitchell?

PA: Music was really important to the fabric of Joan Mitchell’s art. She had a vast knowledge and deep love of music. Charlie Parker, Billie Holiday, Mozart, Bach, Handel, Richard Strauss. Opera, concertos, symphonies. She would start sessions in her studio by listening to “painting music” to get outside her own ego and into a different emotional space. As she worked, she continued to listen to music, always carefully chosen. And some of her titles refer to music: Two Pianos, Quatour for Betsy Jolas, Ode to Joy, La Vie en Rose…

You could think of Mitchell’s work like great classical music – abstract but emotionally precise. When she was working, she sometimes let paint take over. All the same, she always knew what she was after. Here’s an interesting Mitchell comment about her painting process: “I stop, look, and listen at railroad tracks. I really want to be accurate.” She was paying attention to what she was seeing but also close attention to what she was hearing.

Patricia Lynne Duffy is the author of the now classic, Blue Cats and Chartreuse Kittens: how synesthetes color their worlds, the first book by a synesthete about synesthesia.. An audio version of the book with research updates, music by synesthete-composers, and an “Afterword”. Available from Audible