Paula Sandham Burns (or Pau, as she is known to her friends) is the author and designer of The Synesthesia Tree, a rising new website in the Syn Community.

Here, Pau shares her experience as author and creator of The Tree:

“I must say that making it has been one of the most absorbing and enjoyable projects of my life.”

The web author is interviewed by Patricia Lynne Duffy 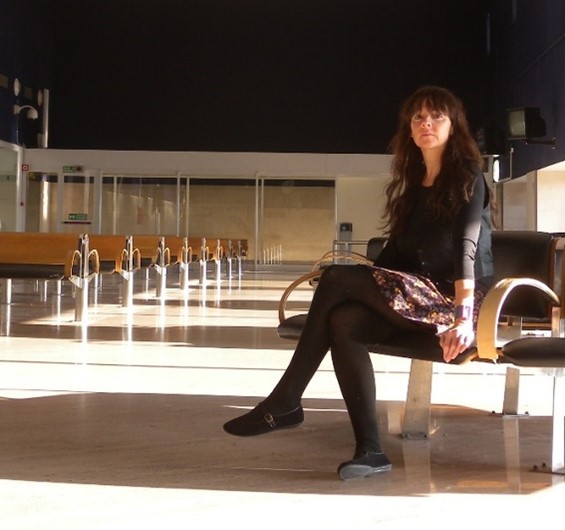 Paula Sandham Burns (or Pau), author and creator of The Synesthesia Tree 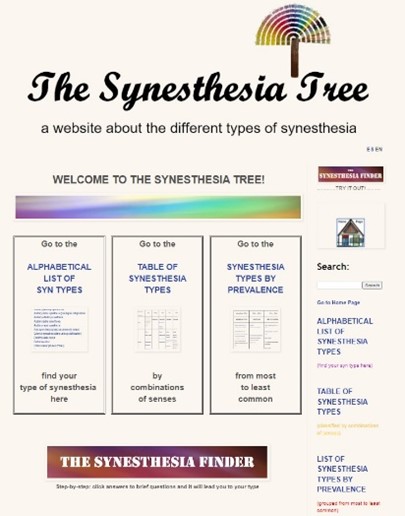 PLD: You are the creator and author of The Synesthesia Tree, a rising new website for the community of synesthetes, researchers, and all who seek to learn about synesthesia and neurodiversity.

What inspired you to make The Tree? What need in the Synesthesia Community did you intend it to fulfil?

PSB: My inspiration came from two very personal sources. First, my passion for classifying things, all the little details. And synesthesia’s a great subject for that as it’s complex but classifiable at the same time: it’s a huge challenge, but every aspect of it is fascinating. If it’s your favourite subject and you spend time on it, you can actually do a lot towards sorting the different types and making them clearer, both to yourself and other people.

When I realised that the kind of “family tree” of synesthesia types I wanted to make wasn’t going to fit on a large piece of paper (where I first started to draw it — until I realised how futile that was!), on a single screen — or even on the wall of a room or the side of a building — it was time to have other ideas about where I could put all this information. A website turned out to be the best, as it has infinite possibilities for linking and journeying through all its branches, without their having to be visible at first sight.

Second, I really felt a need to help make it easier for people to find out about all aspects of this subject, because I could see a demand for that, and not just about the more common types but also the uncommon ones. This ties in with my own experience when I discovered I was a synesthete: as my experiences weren’t the most well-known ones, it took me a long time to find any information on them at all. The information was basically there, and there were occasional accounts on the internet by people with something similar, but they were well hidden and it actually took me years to solve the mystery. The fact that I was looking for them in Spanish also didn’t help much, but more about that later.

With The Tree, I wanted to provide simple, accurate descriptions that would address people’s doubts. I wanted to put across some of the knowledge in the many excellent scientific resources that exist on the subject in a format that was accessible, usable, consultable. Also, I know it sounds ambitious, but I wanted to cover all the known types and subtypes of synaesthesia. To me, that’s practical. I wanted it to be complete. And once I started creating The Tree, I just couldn’t stop until I’d reached that goal. But I must say that making it has been one of the most absorbing and enjoyable projects of my life.

PLD: Which parts of The Tree have gotten the greatest response/ attracted the most traffic?

PSB: The Alphabetical list of the different types seems to be a good starting point for most. “The Synesthesia Finder” is also popular and I can see quite a lot of people are using it as a “quick path” to identify their experiences and find out more.

As you know, the main section of The Tree has just over 100 pages, each one about a specific type of synesthesia (plus a few related phenomena which aren’t synesthesia but are often asked about). Of all the pages, the one with the most visits is “auditory-tactile synesthesia”, not because it’s a more common type or anything but basically because Google has decided that people are going to visit it for some reason, putting it at the top of its hit lists. So it might be a bit arbitrary, but if Google likes auditory-tactile, that’s fine by me: so do I, it’s one of my favourite types. Next comes auditory-visual, so I can see people are interested in finding out what synesthetes “see” or experience with music and sound, and maybe about a third of synesthetes have this type themselves, so they probably account for many of the visits. And after that, what are people curious about? Sexual synesthesia! And aura synesthesia! Those pages are rivalled or followed by some that many people have experiences with, like spatial sequence, personification, or pain empathy. Out of curiosity, I’ve also rummaged around to see which page has the least visits, and it’s… “Contact”, so it looks like I won’t be getting many letters 😄

PLD: Did the responses meet your expectations? Any surprises?

I’m very pleased with the visits, the reviews from the syn community, and the response in general. It’s totally exceeded my expectations! I can see that people are finding the information they need, and I’m happy to see it’s considered a useful resource. What’s really taken off, though, is The Tree in English. There are actually two sites, practically identical in content, El Árbol de la Sinestesia which was the original site I made in Spanish, and then The Synesthesia Tree.

The poor Árbol is withering away with only a fraction of the visits, so I think that goes to show how English is fast becoming the international language, the one you need to be able to access all and everything in this world. Whether that’s a good or a bad thing, I’m not sure.

But despite the Árbol-Tree imbalance I’m pleased on a personal level because it’s helped bring me back into contact with the English-speaking community again and I’m delighted with the friends and contacts I’ve made, not just online but also in real life at the Synesthesia Congress here in Spain in 2018, when I was surprised to find that the majority of attendees were English speakers from other countries. To clarify on this subject, I live in Spain permanently and my day-to-day life is in Spanish but am originally from the UK. I’m a professional translator, which is behind my interest in the language aspect and what I can do to bring the two languages together in the syn world. Maybe I’ll be able to do more of that.

PLD: Are user responses shaping the way you continue to develop The Tree? How?

PSB: Basically, for me, developing The Tree means improving it, and as it’s quite a new site, launched earlier this year, I’m finding room for improvement everywhere. So I’m constantly updating it and adding new relevant first-hand accounts of people’s synesthesia as I find them, and of course I also want to take all the users’ responses into account: they’re valuable.

If I get to hear of any cases where someone couldn’t find their type of synesthesia or what they were looking for, then I try to improve The Tree by adding to it, subdividing, or making it clearer so they can. I want it to be complete, and for the information to be easy to find.

I’m pleased to say most responses are very positive but when someone has a problem, that’s actually what helps me improve the most. In fact, the “Synesthesia Finder” feature, added to the site at the end of August, was born because someone said they hit a “wall of text” on opening the alphabetical list. “What wall of text?” I thought, and then I realised that on a mobile device even two sentences at the start of a list could create a barrier. That led to the idea of a feature where you could find what you were looking for by just scrolling through a series of one-word or very brief concepts and choosing one that would send you on to the next step until you got there, and that’s very compatible with mobile and not just PC. It’s nice to embrace different ways of seeing things and try to find a way to cater to that. Perhaps in the future I can work together with the right people to combine the information in The Tree with new interfaces and new ways of finding it. Making a package of synesthesia-related apps, for example, is an idea I’d love to work on if I could connect with people with the right technological knowledge to develop something like that.

PLD: Do you think you might make a presentation about The Tree and its uses at any upcoming Synesthesia conferences?

Patricia Lynne Duffy is the author of the now classic, Blue Cats and Chartreuse Kittens: how synesthetes color their worlds, the first book by a synesthete about synesthesia.. An audio version of the book with research updates, music by synesthete-composers, and an “Afterword”is recently out. Available from Audible

Duffy also contributed a chapter, “Synesthesia and Literature” to the Oxford Handbook of Synesthesia.