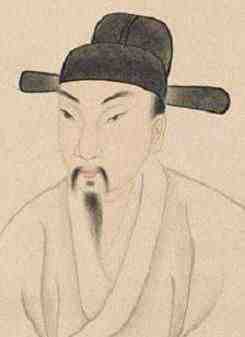 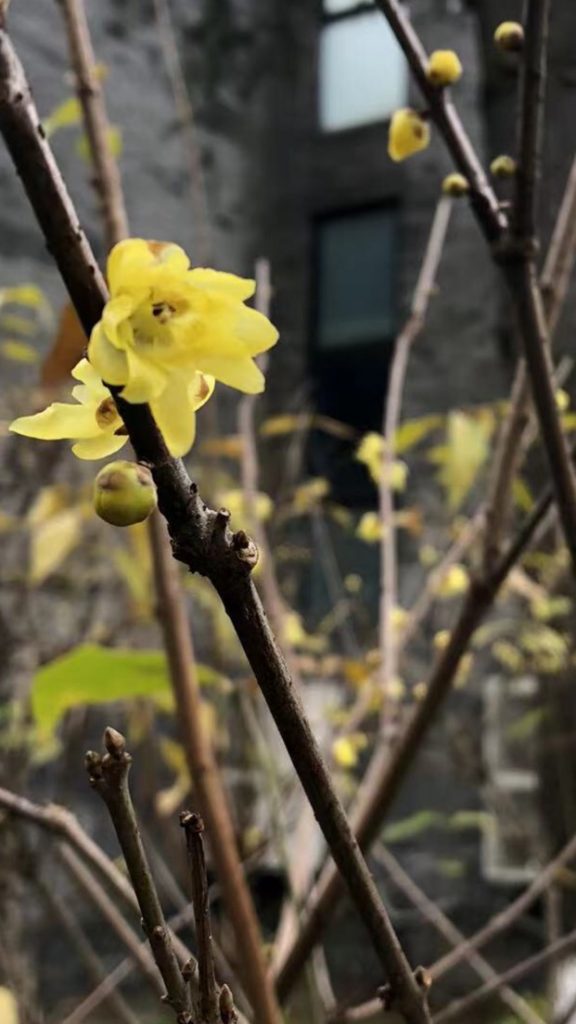 Many of us think of “synesthesia” as a recently realized phenomenon—so it is striking to come upon a synesthetic poem written in 14th century China by the poet, Zhang Yu:

Brilliant, bright! –the flowers of the Season!

Their subtle fragrance arises in the quiet.

Others are hoping to smell them a few times, but I prefer to use my ears!

The fragrance sends forth jewel-like songs; singing them aloud I feel such joy!

And who says there is no fragrance in sound?

Smelling and hearing are really the same thing.

PLD: Your poem about listening to fragrance is full of beauty and charm!  It was a delightful surprise to discover a poem about synesthetic perception—from 14th century China!  Were other poets of your day interested in this mixing of the senses–what is now called “synesthesia”?

Z-Y: Poets and artists express subtle thoughts and experiences–things that can go unnoticed by many others. It is the role of poets and artists to bring attention to such exquisite details of nature and perception.

I lived in a place called Huzhou near the great city of arts, Suzhou. In Suzhou, there were many artists—who built garden-retreats with pavilions.  The  pavilions were spaces where one could sit and focus on the beauty of nature’s exquisite details—which can easily escape us.  The pavilions had names that told their functions: the “The Pavilion for listening to the sound of raindrops on lotus leaves” and “The Pavilion for enjoying the ripples of the breeze“. One of my favorite pavilions was “The Pavilion for Listening to Fragrance”.

PLD: Was there a particular flower you had in mind—whose fragrance sent forth “jewel-like songs”?

Z-Y: Yes!  The plum blossom, the main flower found in Suzhou and its region. The tree’s branches sprout small delicate petals. Its beauty has inspired many poems and paintings —  and its fragrance would sing to me!

PLD:   Yes!  Your poem puts “smelling” and “hearing” together as a synesthetic pair.  Apart from the beautiful line, “The fragrance sends forth jewel-like songs”, you write “Smelling and hearing are really the same thing.”  Such a synesthetic pairing is not even very common in the 21st century.  Was it unusual to put such a pair together in your era, the 14th century?

Z-Y: Indeed, poets and artists expressed many subtle thoughts and experiences. Perhaps  people recognize a certain sensation once they read a poetic rendering of it.  Chinese art had always viewed the senses as interdependent, as unified. All the senses—and their art forms—form a continuum.

Works of great wisdom, such as the “Shurangama Sutra” speak of …”the perfect fusion and interchangeable functioning of the sense faculties”.  The Sutra instructs us that we must penetrate the illusion of separation to realize the great entirety of things. As the Sutra instructs,  “If you do not open and unite your six sense faculties so that they function interchangeably, this false thinking will never cease.” .

Z-Y: Yes, Buddhist thought recognizes six senses: sight, hearing, smell,  touch, taste, and mind.  It is perhaps what you in modern times call “intuition”—or the sense that allows you to make use of the senses, even to go beyond them —  as when one has a premonition or other extra-sensory experience.

PLD:  Perhaps you and I are communicating through our sixth sense right now! As I am in the “living dimension”—and you are in the dimension of those who have passed on–

Z-Y: So we are! Art and imagination are our communication channels.

PLD: Speaking of art and the imagination–can you tell me more about the ancient “city of the arts”, of Suzhou in your day?

Z-Y: Certainly!  I composed my poetry and paintings in the wonderful city of Suzhou (and you must pronounce it “Sue-Joe”—think of your two modern English names “Sue” and “Joe”).

In my day, Suzhou was a very refined city where artists gathered to be inspired and create works of art.  It is a “water city” with many canals—people often navigate the city by boat.   It seems in your modern period, Suzhou has been called “the Venice of the East”.

I was a member of a Suzhou group called the “10 Friends of the North City Wall”, also known as “The 10 Talented Ones”.  In this group, my friends were painters, poets, writers, also a monk. We studied the Sutras, composed our work, exchanged thoughts, and inspired one another.  Some artists built garden retreats in Suzhou where they would withdraw a bit from everyday society and enjoy solitude and deep reflection. Sometimes they would invite other artists to their garden retreats and derive inspiration from their performances, such as the very intimate Suzhou-style opera. My group and I saw moving performances of music and poetry. We engaged in contemplation and talks that inspired our work.

PLD: I believe at one point in your life you, your artist  friends — and your artwork — fell out of favor –when a new regime came into power and the Yuan Dynasty gave way to the Ming Dynasty.

Z-Y: Yes, the Yuan Dynasty had been friendly to Suzhou artists.  But sadly, the new Ming Emperor and Suzhou authorities had a general distrust of artists and intellectuals—who were the heart and soul of the city of Suzhou.  Some of my friends lost their lives at the hands of the new regime. I, myself was so hounded by the authorities that I was driven to suicide.

I was threatened with imprisonment — for me, a fate worse than death. I would no longer be able to compose my poetry, make my paintings.

PLD: What a tragedy!

Z-Y: Alas!  But the “sixth sense” and all that emanates from it–spirit, imagination, and poetry — live on.

Patricia Lynne Duffy and Ninghui Xiong collaborated on an article, “Painting Poetry through Synesthesia”. An excerpt from this article will appear on Journey through the Senses next week as a “Part 2” of this piece.

Patricia Lynne Duffy is the author of the now classic, Blue Cats and Chartreuse Kittens: how synesthetes color their worlds, the first book by a synesthete about synesthesia.. An audio version of the book with research updates, music by synesthete-composers, and an “Afterword”is recently out.   Available from Audible