Hemingway had Paris and TJ Parker has Laguna 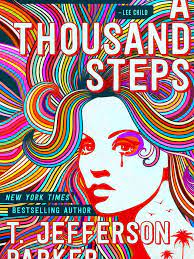 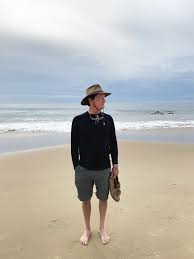 Author T. Jefferson Parker: “Hemingway had Paris and I have Laguna… 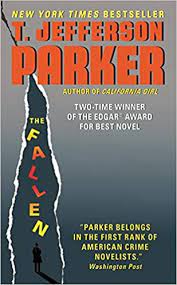 “Our senses are the gateways to our consciousness, so if those senses are heightened by synesthesia, psychotropic drugs, or focused, intense meditation, then you’re set up for an altered – maybe higher – view of what’s going on both inside you and around you” – T. Jefferson Parker

Long-time best-selling writer of detective novels, T. Jefferson Parker has a new book, A Thousand Steps set in the psychedelic sensory fusion of 1968 Laguna Beach, California.  This color-drenched world invites comparison with one of his earlier books, The Fallen, about a detective immersed in his own sensory blending after acquiring synesthesia.

PLD: Your book A Thousand Steps is drenched in the sights, sounds, smells—and psychedelic fusion of 1968 Laguna Beach, California.

We follow Matt, your resourceful, likable, and poignant 16-year-old main character on his daily bike rides through his familiar native town—but one with increasingly unfamiliar elements. A new psychedelic culture is mushrooming throughout: with sitar music and lectures by Timothy Leary at venues like “Mystic Arts World” that spring up next to the Taco Bells; colorful tie-dye tee-shirts and posters showing LSD-induced fusions of color and sound  become ubiquitous.

All around are promises of transcendent highs alongside lurking perils of crashing lows due to excesses that can overwhelm innocent young victims.  Matt’s missing sister may be one such victim. We follow Matt as he searches for his sister, discovering a dark underbelly of his town and growing up fast in the process.

How did you develop the character of Matt?    Was Matt, by any chance based on yourself growing up as a California kid—or anyone you knew?

TJP: You know I’m constantly plumbing my family, friends and self when I go about creating characters, so yes, a lot of Matt Anthony comes from me and my experiences in Laguna Beach in 1968.  Matt is also largely inspired and modeled on my own brother Matt, who is an artist and a fisherman and a thoughtful, sensitive being.  It wasn’t difficult putting myself in the mind of a 16-year old boy.

You capture the visuals of Laguna in 1968 very well in your question! I was a visitor in 1968 but I ended up living there for twenty years – eighties and nineties – so I was able to draw on that experience as well. A THOUSAND STEPS is littered with the names of friends, neighbors, acquaintances, and even school teachers from my past.  Hemingway had Paris and I have Laguna — a moveable feast.

PLD: I confess, the book’s vivid descriptions of Laguna Beach during that magical era—really resonated with me.  Back around that time, I was one of many young hitchhikers, thumbing my way from my native New York City to the sunny hippiedom of southern California (even slept on Laguna Beach under a sky full of stars). I remember the feeling of “west coast promise”— that somehow navigating all the stars, sun, and sensory fusion would lead to a new vision, a higher plane.

It’s interesting how heightened sensory or synesthetic experience – whether induced by psychotropic drugs, deep meditation, or mystical states—has been viewed as an entrance to expanded consciousness.  What do you make of the connection between intense sensory experience —and the promise of heightened awareness it can seem to hold for some?

TJP:   First, I am so glad to hear you got a spend a night under the stars at Laguna as a young person!

As to your question, our senses are the gateways to our consciousness, so if those senses are heightened by synesthesia, psychotropic drugs, or focused, intense meditation, then you’re set up for an altered – maybe higher – view of what’s going on both inside you and around you.  You mention the word “promise” a couple of times, specifically the California or west coast promise, and that state of mind was very pronounced in the late sixties all across the country, as you know.  Drugs were the portal of choice back then.  I remember that first strange, slanted tack my mind took when I tried marijuana for the first time.  It seemed to open the “doors of perception” in a promising way.  I’ve seen marijuana – recreational drugs in general – used for other things too, such as forgetting your problems and lowering social distress.  After all drugs and tumult of the 1960’s and 1970’s, it’s hard to know now if people are getting high in search of elevated consciousness or just to get stoned.

PLD: The character Matt has an interesting sensory signal in response to strong emotional scenes. As you write, “Matt’s ears roar.  It’s like rushing water.”  This signal alerts Matt to “bad news, danger, or things going wrong.” It’s also referred to as “His early warning system, his oracle”, which serves him well at certain key moments of the story.  Is this sensory signal based on anything you or anyone you know has experienced?

TJP:   I get the “rushing water” sound in my ears at intense moments.  It might be adrenalin, and as such, part of the fight or flight instinct.  Or maybe it’s my blood pressure spiking.  I’ve never had what I thought of as a premonitory vision or experience.  I think that kind of “early warning system” is a biological thing – your senses having detected something that hasn’t registered in your mind quite yet.  People can set it off.  Sounds – the way you hear the rattlesnake before your brain registers what it is.  I think we all have these premonitions, based on the senses.

PLD: As I read A Thousand Steps, I kept thinking of another of your books, The Fallen, where greater awareness opens for a main character—also in the form of a sensory signal.  In The Fallen, the detective Robbie Brownlaw suddenly acquires word-color synesthesia – as a result of falling out a window and injuring his head.  Robbie ‘s new experience of colored words comes with a great bonus for a detective: he often knows if other people are telling the truth by the colors of the words that come out of their mouths!   The character’s synesthesia takes on the quality of a super-power—and Robbie becomes a kind of super-hero. How did you come to create a character with synesthesia?

TJP:  I did a bookstore signing once, and a very pleasant woman asked me if I knew anything about synesthesia.  I did not.  So of course, I looked into it and was fascinated by the various forms of synesthesia.  I’d never had such a combining of the senses except in my few and early experiences with psychedelics, decades ago.  Mystery writer that I am, I simply had to write a story about a detective with synesthesia, THE FALLEN.  As you note, Robbie Brownlaw, sees people’s spoken words as colored shapes that hover in the air.  Over time, he discovers that the shapes and colors relate to the veracity of the speaker – whether he or she is telling the truth – but Robbie the detective isn’t always sure if he’s sensing the speaker’s truthfulness, or perhaps sensing a lie that the speaker believes to be true. So his “seeing” when spoken words are true or false is a superpower, but it’s not a perfectly reliable one.  He knows he can’t wholly trust those wobbling, brightly colored “words” that come to him. So, his synesthesia is a blessing and a handicap at the same time.

PLD: At one point in the story, Robbie attends a meeting of the “Synesthesia Society” at the University of California at San Diego to learn more about his newly acquired synesthesia.  In fact, UCSD has hosted conferences on synesthesia—which you gently spoof in The Fallen. There is even a spoof of my book:  your character Darlene Sable reads from her book about “growing up synesthetic”, Red Sax and Lemon Cymbals (a title that shares a certain spirit and rhythm with the title of my book, Blue Cats and Chartreuse Kittens :  )

In real life, have you ever attended a Synesthesia Conference?

TJP: You know, I went to a meeting of people with synesthesia, and it was in San Diego, not far from where I live.  I don’t remember it being a conference so much as a social event where people could meet and get to know other synesthetes.  These meetings had been going on for some time, but I think the group kind of folded up as time went by.  As for “spoofing”, I am capable of that.  Sorry!  The one thing that I liked the most about the meetings was that virtually all of the synesthetes considered their unusual sensual “wiring” to be a blessing, not in any way a handicap.

PLD: Your books are so visual, very cinematic.  An earlier book of yours, Laguna Heat was made into an HBO movie.  Has there ever been talk of making either The Fallen or A Thousand Steps into films?

TJP: I’ve had Hollywood interest in THE FALLEN and A THOUSAND STEPS but no one has stepped up and said, let’s make this!