A Q&A with Barb Rosenstock, author of The Noisy Paintbox 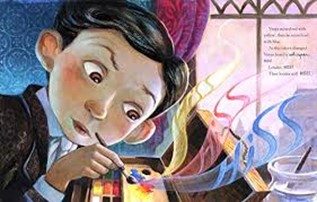 Author Barb Rosenstock writes a wonderful, colorful book about the life of synesthete-artist Kandinsky—one in a series spotlighting heroes in history

PLD:  Your book, The Noisy Paintbox is full of charm. It is presented as a children’s book, but I believe it has appeal for all who admire and are curious about modern art—and seeing the world differently.  When did you first discover the artist, Kandinsky, and his synesthesia?

BR: Well, first of all, thank you! It IS a children’s book; but in my opinion all children’s picture books are for everyone. I’ve watched children learn and understand so much from them.

Originally, I was not looking to write about Kandinsky, I didn’t even know who he was (at least by name.)  I was in the middle of an internet search about Vincent Van Gogh and somehow ran across an article titled, “The Man Who Heard his Paintbox Hiss.” That title stopped me in my tracks:  it was about a Kandinsky exhibit at the Tate Modern, and included the notion that the artist seems to have had synesthesia. I set Van Gogh aside, and switched the project to Kandinsky, whose “Color Study Squares with Concentric Circles” I had seen in many a grade school art classroom. 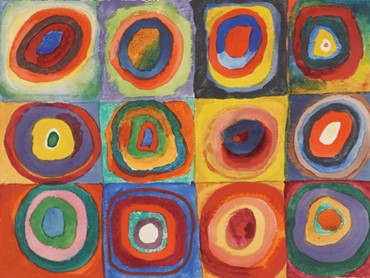 PLD: Do you or anyone you know personally experience synesthesia?

BR: You know, it’s funny, I had never heard the word before researching it —  but in kindergarten, first, and second grade I distinctly thought/knew that numbers had firm personalities and genders. The number two was a “boy baby,” six was a “mean girl,” eight was a mother, seven a wild teenage boy, etc. Some of them were “nice” some were “not so nice.” And it was quite confusing to me to add and subtract personalities from each other as numerical amounts. I mean, shouldn’t two “nice” numbers make a “more nice” number? And that’s not how it worked, obviously. So, when researching The Noisy Paint Box, I learned that I, myself could have a type of synesthesia called “ordinal personification”. That’s where numbers (or days of the week, months, etc.) have personalities or genders, which is different from Kandinsky’s musical tone/color synesthesia. There are more than 70 different types of synesthesia. Now, am I truly a synesthete? I don’t really know, I’ve never been tested, and I tend to think I ignored it away. I learned to add, subtract and treat numbers separately from their personalities…but I can still remember which ones are nice and which ones are not. And I can still remember what it felt like to know something about numbers that other people didn’t seem to know. And to be confused by it.

PLD: Your book is very insightful about the way in which those with synesthesia—like Kandinsky—can hide their unusual form of perception to “fit in” and get along better in society.  In your book, we see the young Vasya Kandinsky trying very hard to ignore his “singing colors” and other synesthetic responses   — to follow the conventional, “proper” life route his parents have mapped out for him.  How did you come to be aware of synesthetes’ tendencies to repress or hide their anomalous perceptions?

BR: I really don’t know how much of my own experience formed a part of my idea of what Kandinsky felt. I remember not wanting to share that I knew numbers had personalities. I remember feeling that no one else thought that and I should probably keep it to myself. It was slightly shameful, abnormal. In researching this book, I read everything Kandinsky wrote, and he tended to write a lot about what color (and sound) meant to him throughout his life. His books, “Point and Line to Plane,” “Concerning the Spiritual in Art,” and “Sounds” among others formed the basis for the story.

The book is historical fiction, it is based on the factual details of Kandinsky’s life, and his thoughts, feelings as he expressed them. But it is NOT nonfiction, for example, all the dialogue is imagined. Kandinsky’s father probably never said, “Do some math!” (but, I guess, technically, we don’t know) and his art teachers probably didn’t express their criticism as “Is it a house? Is it a flower?” although they were at times confused by what he produced.

PLD: As your book tells us it was not until Kandinsky reached the age of 44– that he painted a completely “abstract” painting.  Why do you think at that time he felt he could fully reveal his anomalous perceptions in his art?  And what was that painting?

BR: People continue to grow as they age. I don’t think we learn early enough that adulthood is not some fixed state. Kandinsky grew to listen to his own heart more and more as he got older. He did not suddenly out of nowhere produce an abstract at the age of 44, he was working toward abstraction for years (since at least 1904, maybe earlier, even art historians have not fixed an exact date.) As he practiced his art, he cared less and less about what others thought. He got support from fellow artists too. Those experiences led him to be braver and braver, to share with his audience his personal experience that paint and color and shape combine to produce emotion, like music. Abstraction was also an expression of the times in which he lived. He was not the only artist working in this way, either. Recently, some art historians have argued that the occult painter, Hilma of Klint may have produced the first fully abstract painting before Kandinsky, around 1905.  However, Kandinsky is still widely known as the “father of abstract art.” One of Kandinsky’s first fully abstract paintings, and the one I referred to in the book was “Untitled” from 1910. 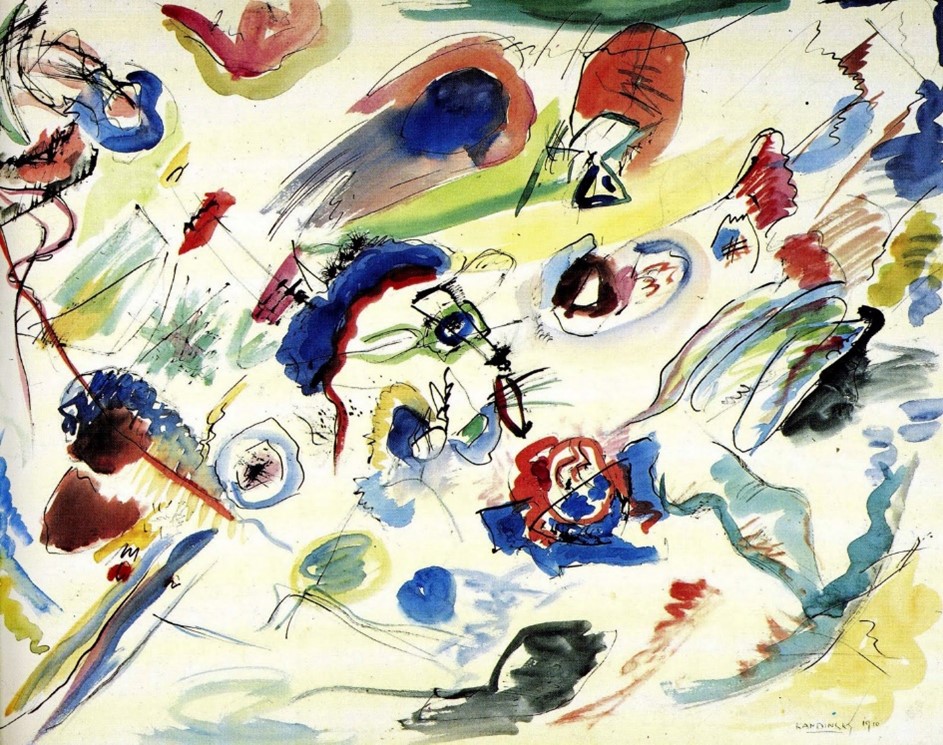 PLD:  Do you have a favorite painting of Kandinsky?

BR: I do, and it was one of my favorite paintings BEFORE I knew about Kandinsky. It’s titled “Composition 8” and was painted in 1923. I believe it is owned by the Guggenheim Museum in New York. To me, this is music and art. 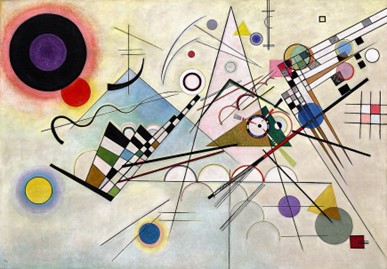 PLD:   Is there anything else you would like to say about The Noisy Paintbox?

BR: I’m so glad that this book caught the attention of the public and the art community the way it has! I’m also so thankful that Mary Grandpré (who was also the illustrator of the first US editions of Harry Potter) agreed to illustrate it. Mary’s art brought to life the story of Vasya Kandinsky, his family and his art, I was so proud that the story resulted in a much deserved Caldecott Honor for Mary.

BR: Thanks for asking! I always have new books coming out, my next project is being published on May 31st of this year! It’s titled The Mystery of the Monarchs. It’s the story of how Fred and Norah Urquhart, along with a community of butterfly lovers, school children and their teachers, tracked the monarch butterfly migration into the mountains of central Mexico in the mid-1970s. The illustrator of this book, Erika Meza, grew up near the butterfly overwintering sites in Mexico, and brings such an authentic sense of the culture to this picture book. I hope people enjoy it, you can find it at Amazon or a local bookseller here. You can learn about this and the rest of my books at my website www.barbrosenstock.com.

PLD: Sounds like another book full of color!  A big blue Thank you for this interview. 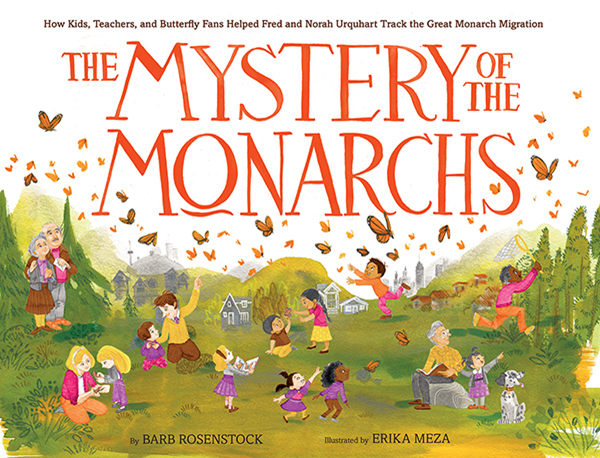