Journey Through The Senses International Exhibition 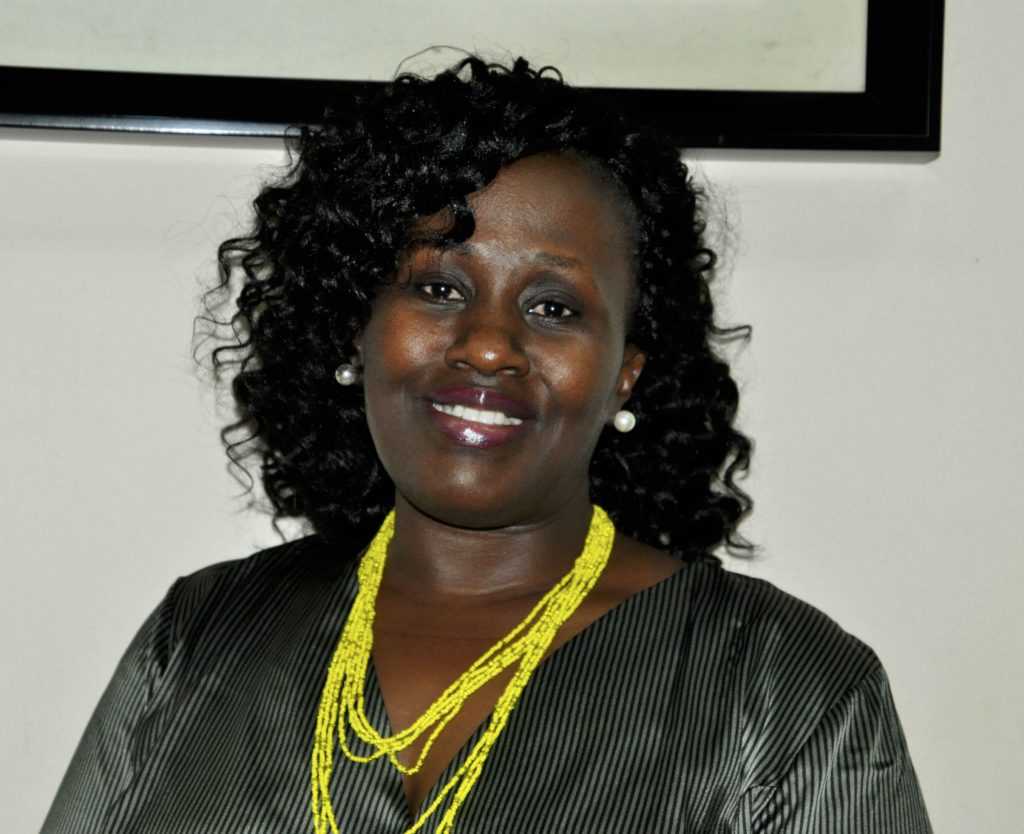 Dr. Sheila Butungi is from Uganda , a Veterinarian working with the NAGRC&DB, a government agency under the Ministry of Agriculture, Animal Industry and Fisheries which is responsible for livestock genetic Improvement and conservation of animal genetic resources. She manages several projects on behalf of the organization.


Sheila has several forms of Synethesia, the most intense being Sound – Colour Synesthesia and Mirror-touch. She is passionate about sharing and creating awareness about Synesthesia to people in her country, Uganda and across Africa. 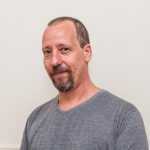 Sergio is an artist, musician and researcher based in São Paulo, Brazil.  He holds a Bachelor’s degree in Cinema (ECA-USP), a PhD in Communication and Semiotics (PUC-SP) and a post-doc in Philosophy (UNESP).


Currently teaching at the Post Graduate Program in Technologies of Intelligence and Digital Design (TIDD) at Pontificia Universidade Católica (PUC-SP), Sergio also manages a post-graduate course in Music and Image at Faculdade Santa Marcelina (FASM), both in São Paulo.


Besides his creative career in music and other art forms, Sergio has released two theoretical books, “Sinestesia, arte e tecnologia” (Synesthesia, art and technology, Annablume/FAPESP, 2002) and “O primado da percepção e suas consequências no ambiente midiático” (The primacy of perception and its consequences in the midiatic environment, Intermeios/FAPESP, 2017) plus articles published in several countries.

Greg Jarvis is an audio-visual synesthete and a Director of the Canadian Synesthesia Association which he founded in 2013.   Greg is a musician and his work has received acclaim from Rolling Stone, Pitchfork, NME, the BBC, and other major media alongside praise from members of The Velvet Underground, The Sex Pistols, The Clash, Duran Duran, The Wailers and NASA’s launch team.

Formerly a record executive, Greg has marketed acts such as David Bowie, Nirvana, KISS, and Dolly Parton in the ‘90s while based at labels in London, Moscow, Toronto, Prague, and Warsaw.

He’s been a speaker at Harvard University, the Juilliard School, the Jack Kerouac School, and the Art Gallery of Ontario and holds an MBA in arts & media business plus a masters in teaching.


He’s currently a music business professor at Durham College in Ontario. In 2020 his group The Flowers Of Hell’s Aubrey Beardsley inspired ‘Come Hell Or High Water’ album cover will be displayed at the Tate Britain and Paris’s Musee d’Orsay as part of a major Beardsley exhibition. 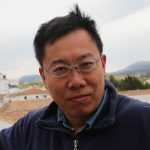 Painting music has the theme of Ninghui’s work since 2001. As a leading expert in music visualization, his art innovation methodology and tools have become known in Synesthesia art study circle since 2015. His painting series “Landscape Seen in Chopin’s 24 Preludes”, “Ch’in Music Flowing Water” and installation series “the Cube” inspired by BACH” are representing his art. By doing this, he has demonstrated how music can drive artist for creative works.

His research has significant meanings in art education and design, as he has been promoting Synaesthesia and creativity in schools, museums and theaters in China since 2009. During 2018 VI Congress International Synesthesia, Science and Art in Spain, as a committee member of the congress, he conducted Bolero Event which was well received by international Synaesthesia community. 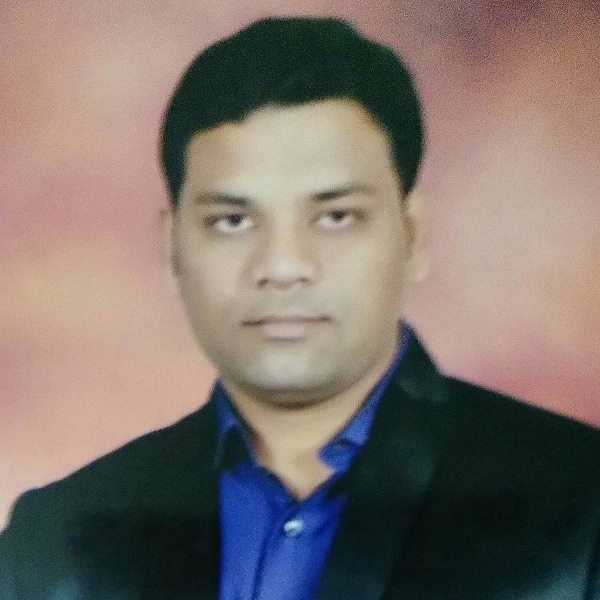 Sambit has an MBA from Delhi University, worked for six years as a Business Analyst for IBM and Oracle specializing in Business Intelligence and Big Data. Sambit now has his own firm specializing in digital marketing and web application development. Sambit also has a background as a filmmaker and a writer. 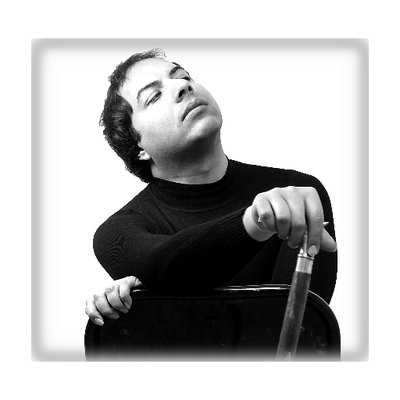 Ali is a synaesthete and a multimedia artist and writer.  Born in Baghdad in 1985, Ali has a Bachelors degree in computer science from the Al Turath college university/Baghdad 2008.  He is a member of The Iraqi artist syndicate, the Iraqi plastic art community, the Iraqi syndicate of Photographers and the Media Development League in Iraq. His work has been documented on the ” Findartinfo ” website.


Ali has contributed to numerous studies and projects involving synaesthesia and he is a member of the International Association of Synaesthetes, Artists, and Scientists (IASAS). 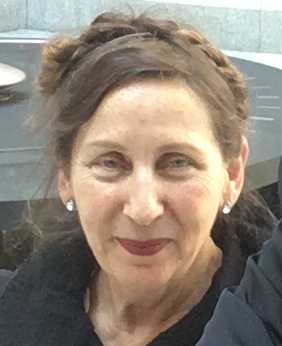 Raewyn Turner is an interdisciplinary visual artist concerned with cross- sensory perception and the uncharted territories of the senses. She experiments with video, interactive installations, paintings and theatre performance, working solo as well as in collaboration with artists, musicians and scientists. She has worked with olfaction since 1999. Her works have been shown in numerous national and international exhibitions and performances. 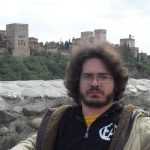 Anton V. Sidoroff-Dorso, is a Moscow-based linguist and psychologist. He received a full specialist degree in linguistics and language acquisition and studied for a post-graduation degree (Candidate of Sciences) in psychology at Moscow Pedagogical State University, with a dissertation on individual differences in people with synaesthesia. His research focuses on general psychological and neurocognitive aspects of synaesthesia, synaesthetic mechanisms as viewed in the frameworks of cultural-historical psychology and cognitive anthropology. Additionally, he is the co-editor of the Leonardo Bibliography list: Synaesthesia in Art and Science of the interdisciplinary journal Leonardo (MIT).

Anton has served on the board of the Artecittà Foundation as its International Coordinator since 2012, and is a member of the editorial board of the international Synesthesia Journal (Artecitta). He also founded the Russian Synaesthesia Community and monitors its web-resource synaesthesia.ru. and initiated and manages the data-base of Russian-speaking synaesthetes (now approx. 800 people).  Anton translated and adapted the Russian-language version of the worldwide multilingual online synaesthesia test of the Eagleman Lab (Baylor College of Medicine) and the Consistency Test of Synaesthesia (MatLab Syntools). He is also a co-author of “Ananthropology of synaesthesia”, author and developer of Synaesthesia Quotient and a related multi-scale test battery. Additionally he assisted and participated as key speaker in the production of science documentaries on the senses and synaesthesia.

Anton is also head of the synaesthesia research group at the Centre for Multidisciplinary Research of Contemporary Childhood of the Moscow State University of Psychology and Education.