Peter Colley is the Curator of  Live Theatre component page.

My name is Peter Colley and I am delighted to be on the Journey Through The Senses Team.  I am a playwright and screenwriter, my plays have been produced in 32 countries, 48 of the 50 states in the US and have been translated into many languages.  You can find out more about me at www.petercolley.com or in the short bio at the bottom of the page.

As a dyslexic, many thought writing was an odd field for me to choose, but I suspect it has given me other insights.  I have had a lifelong fascination with live theatre and the use of technology, lighting, sound and other senses in storytelling, and luckily the old world of live theatre has been embracing these technologies.

Today it is possible to have massive sets that are all digital and which can be made to blend with real set pieces, giving the feeling of old-fashioned spectacle while preserving the immediacy and connection that only live actors can bring.  Broadway and London plays have had characters that are only holograms and circuses in Germany have even done shows with hologram elephants, but the most interesting new breakthroughs, I believe, are when technologies are used to show the inner workings of an unusual brain.

A wonderful example of this is the play “The Curious Incident of the Dog in the Night-Time” based on the novel of the same name.  In this play a boy who is a brilliant mathematician with an unspoken sensory disorder, perhaps Asperger syndrome, high-functioning autism, or savant syndrome, and the projections that are seen around him show symbols, mathematical formulas, maps, and constellations that course through his brain while he speaks.  It’s a story about difference, about being an outsider, about seeing the world in a surprising and revealing way.

These are the kind of presentations that “Journey Through the Senses” is exploring. 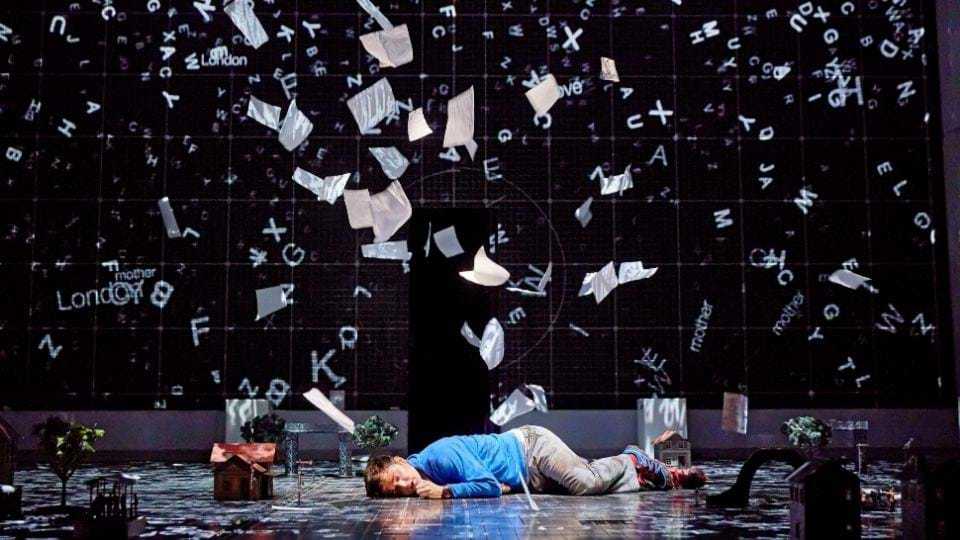 The Curious Incident of the Dog in the Night-Time Image from Adelaide review. Image may be subject to copyright.