After then the art world  turned 180 degrees at the beginning of the XX century and the main value of a piece of art became not the form, but the work with meanings, allegories and symbols, artists began to actively look for ways of self-expression through a variety of shapes and mediums. It would seem that the goal is quite simple in its point. But what if the artist perceives what he depicts not only in the visual plane? What if the colour has a smell? Or does the sound have a taste? In science this phenomenon is called synesthesia — the perception of the world in a somewhat special way, with the connection of those senses that don’t work for other people in an alike situation. In a similar way, for example, Kandinsky depicted music in his paintings, and the composer Scriabin played his melodies with a color apparatus, assembled with his own hand.

In the XXI century many artists went further, abandoning the classical postulates of art, and began to widely use not only arts techniques, but also scientific, philosophical methodologies to create their works. This is how new media, deep media, nft-art and other trends in contemporary art appeared. All this becomes the premises for a new kind of materialism, in which the form, shape and structure of the work come to the first plane, ceasing to be just an instrument, becoming a new language of expression.

The Shape of Color project is a kind of manifest of the unlimited possibilities of our perception. Marina WitteMann, being a synesthete, feels the world a little deeper and more fully than the other persons, she sees in color the emotional states of surrounding people, vivid experiences, pain, anger and euphoria. That is why the works presented at the exhibition strive to break out of the framework of generally accepted art forms. That which had no volume, breaks through the two-dimensional space, color acquires shape, paper — texture, depth. Each work at the exhibition is an outspoken image formed through the prism of the artist’s perception, through the fusion of several sensory levels at once. 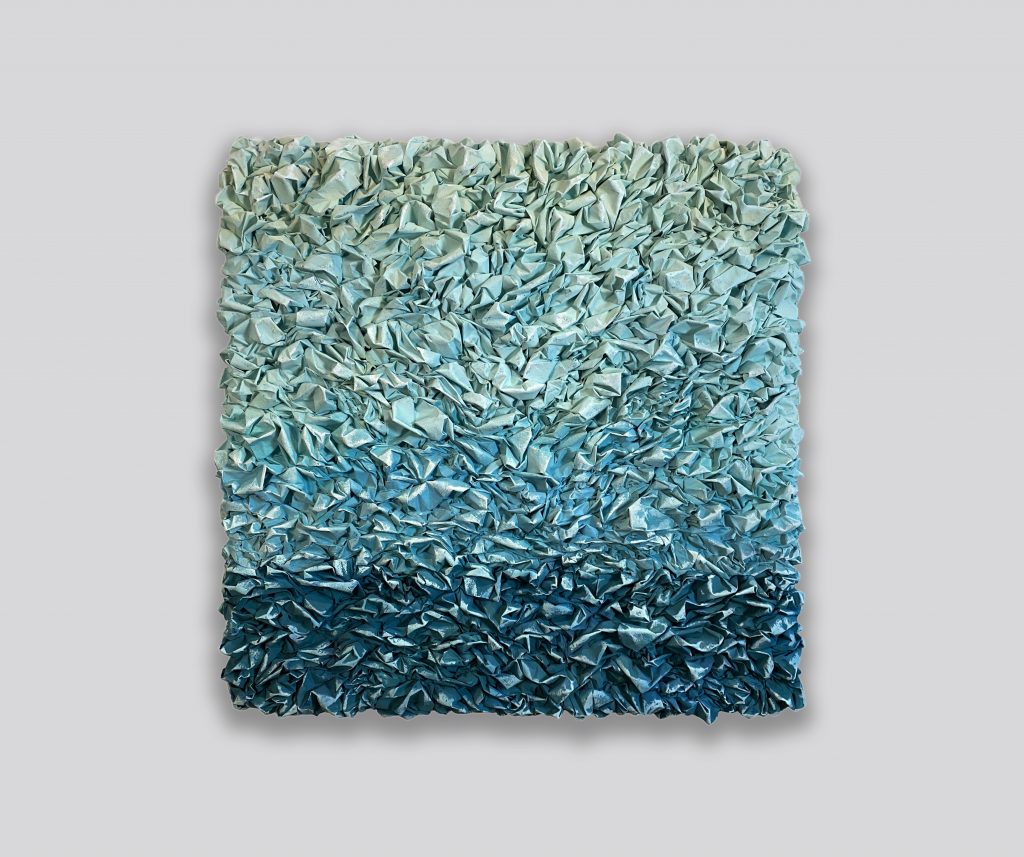 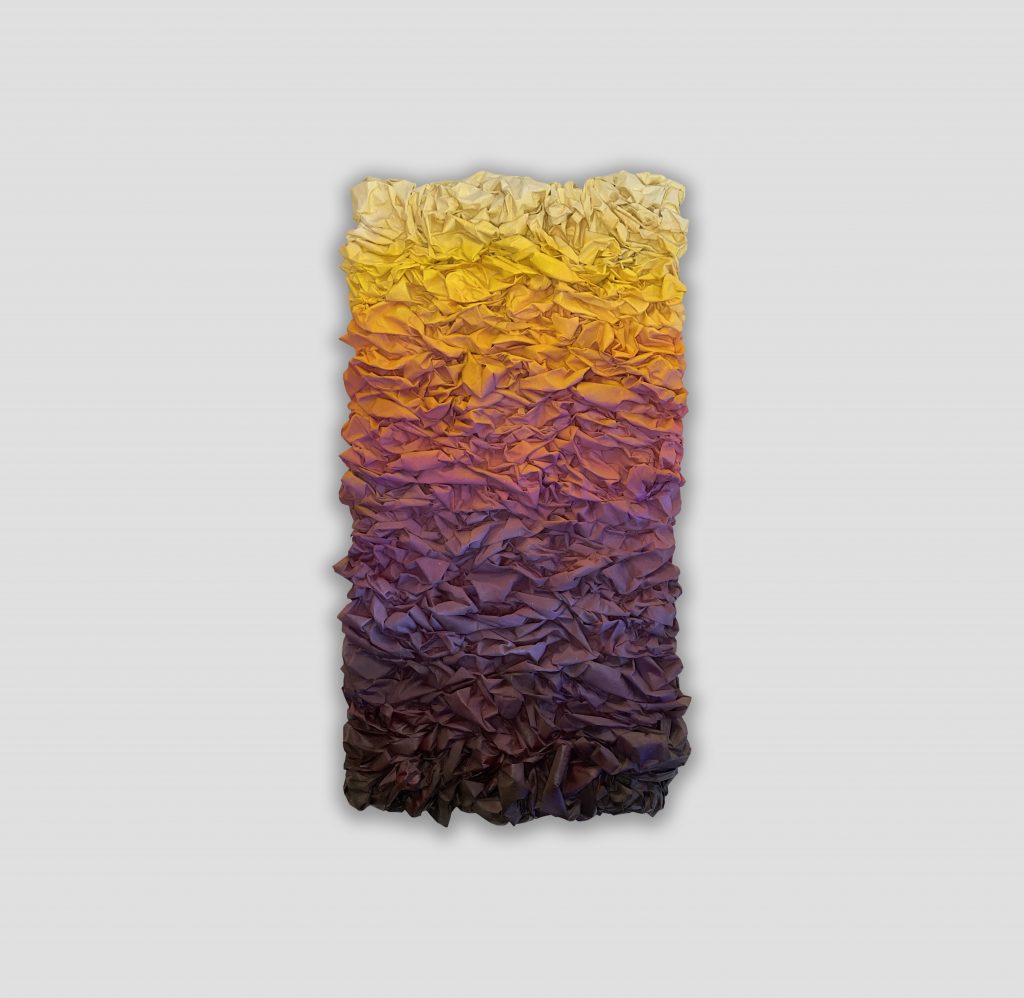 Marina WitteMann was born in 1984 in Moscow, Russia. Synaesthete.

Marina exhibited her works in solo and group exhibitions across Europe, South America and Asia, including the Brazil, UK and China.

Marina graduated from the Faculty of Law (2005) and worked in the auto business for ten years. After a dramatic change in 2013, Marina started her Fine Arts degree at Moscow State Academic Art Institute, named after V.I. Surikov in Russia.

In 2015 she completed an Exchange Program in São Paulo, Brazil at the Armando Alvares Penteado Foundation (FAAP University).

In 2017 she learned Traditional Chinese painting, Calligraphy and Metaphysics in Shanghai, China.

Since 2019, the artist lives and works in Germany. Parallel she practices sculpture and continues researching for her practice at the University for the Creative Arts – Open College of the Arts (England). 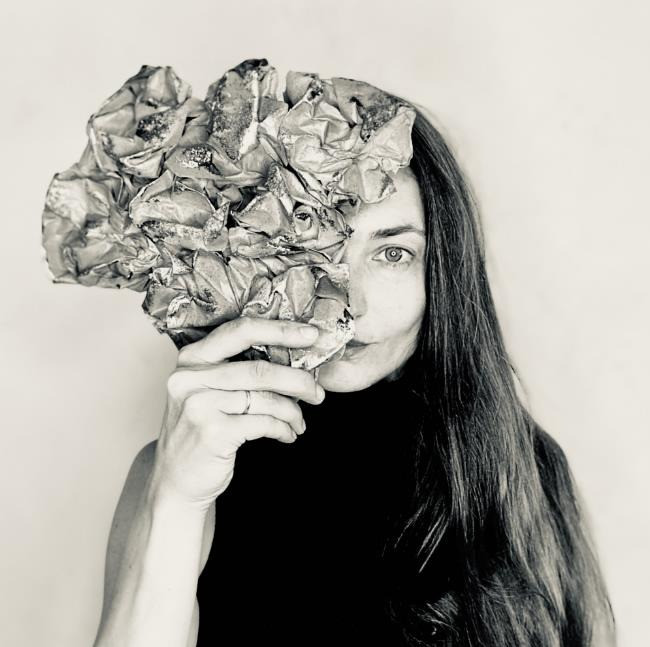 My work engages with the perception of the surrounding world. From early childhood, emotional events, music, smells, tastes, or even people were characterized not by one sense but several. My sensations emanating from one sense organ are also manifested in another, for example, seeing music or pain in colour, or feeling the shape of cold. It is called synaesthesia.

In my works, I contrast sculpture to painting, abstract to realism, paper for drawing to canvas for painting, the action of making to statistics of a ready object, spiritual to physical. In this way, the works are perceived not from one sense but in the co-existence of different elements. It is not a sculpture or a painting, it is a mixture of the mediums that intend to stimulate complex emotion and experience.