Tim Thompson is the Curator of  Sensor Technology page. 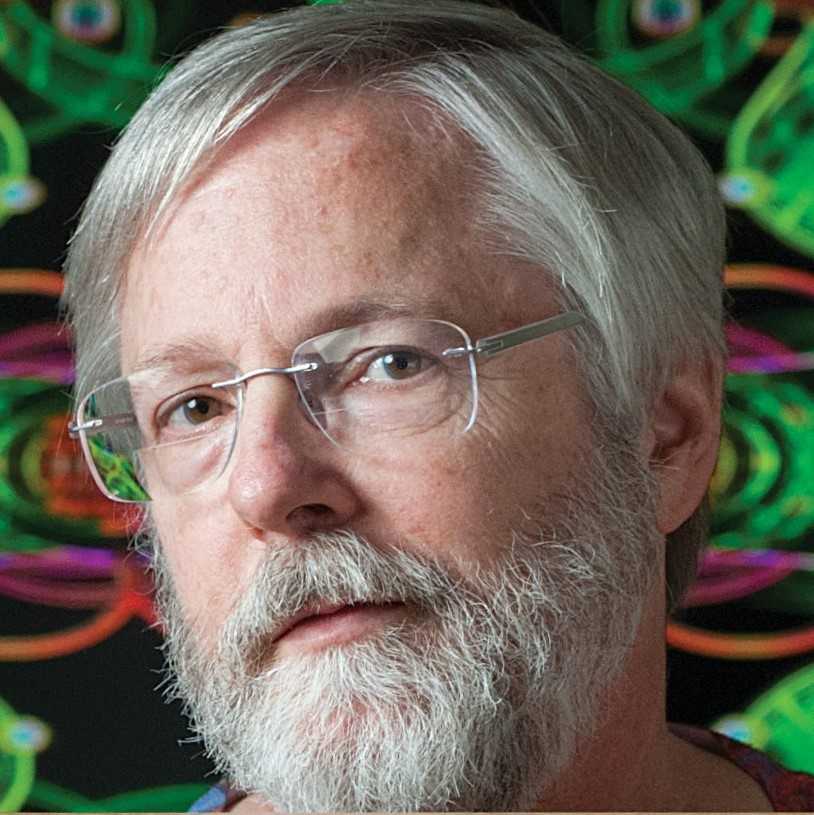 When I first started writing software, the awkward technology for conveying human input to a computer was punched cards, and it was a seminal moment when I first interacted with a running program by flipping a switch on the computer’s front panel.  After a career as a computer scientist for Bell Labs, AT&T, and NetApp, I’ve spent the last few decades developing software to enhance musical and visual creativity.  My explorations include a programming language for MIDI, interactive installations at Burning Man and other festivals, musical performances with Playstation dance pads and QWERTY keyboards, and realtime video looping and processing with a handheld security camera.  In the last decade, I’ve focused on the expressive potential of three-dimensional input in visual music instruments and installations.

Sensor technology has exploded in capability and ubiquity over the last decade, and artists have made excellent use of it.  A good example is the Kinect, a camera that sees in three dimensions, which in 2010 became the fastest-selling consumer electronics device in history.  While no longer popular for consumers, the Kinect spawned an industry of depth cameras that have become a critical enabling component in many artistic and creative works, such as my own Space Palette first seen at Burning Man in 2012.   Another popular sensor technology for creative use is force-sensing resistors, enabling the creation of instruments that are so pressure-sensitive that you can literally caress them. demonstrated in the Space Palette Pro.  There is a large and growing field of digital artists, sometimes referred to as creative technologists, who continue to explore the possibilities of interactive art enabled by sensor technology, among them: Golan Levin, Zachary Lieberman, Theo Watson, Mark Coniglio, and Scott Snibbe.  Tools for developing sensor-based interactive art are also advancing in capability and ease-of-use, among them: Processing, Open Frameworks, Touch Designer, and Unity.

Interactive art installations and instruments using sensor technology can be uniquely appropriate for a neurodiverse audience.  I use the phrase “casual instrument”, analogous to a casual game, to describe things with natural and intuitive interfaces that allow someone to express their creativity with no learning curve or other barriers to entry.  Finger painting is a good example.  You don’t need to teach someone to finger paint because it has such a natural interface, and yet with practice and creativity it can even lead to performance art like sand painting.  With new technology (sensors or otherwise), there is a natural tendency to replicate in a digital realm the things we’re already familiar with.  That’s fine to a point, but as sensor technology continues to advance, my vision for interactive art and casual instruments is a much bolder exploration of the possibilities, and socializing these to a wider and more diverse audience.